This is my third attempt at a post.  The first two times, I was trying too hard and it came out stiff and unnatural.  And boring.

Spring is here.  Time to talk about the New River Bird and Nature Festival, and all that comes with it.  I could write in a professional and solemn style, but who are we kidding here?

Sure, it's about the birds.  Glorious warblers and thrushes and sparrows and some raptors thrown in and so many others.  Lots of birds.  LOTS.

Sure, it's about the guides.  World-class guides.  Both "big" names and local experts.

Sure, it's about the food.  Hot breakfasts packed with protein (BACON!), spectacular dinners, cold but yummy lunches perched on a rock in the middle of nowhere.  All of it is good.

But what's the real reason I go to this festival every year?  What's the cherry on this fantastic sundae?

The Flock.  (Click HERE to read about The Flock)

Though the beginning of The Flock was on the shores of New Jersey back in 2007, the ball really started rolling in 2009 when we all signed up for our first New River festival.  Stayed at the Farmhouse, keeping late hours and peeing in raspberry canes.  Gossiping into the cold night air on the front porch swing with Laura.

And this year, the group grows more.  It's going to be insane fun, even more laughter, even more people to love.  Hear that fizzing sound?  That's the promoters taking lots of Alka-Seltzer.

There's so much that I have written about this festival.   So if you want the real dope, go to this list of NRBNF posts.  And if you want to join us this year, it's not too late.  There are, as of right NOW, five spots left for each trip.  And lodging options are still open....a few, anyway.

I am packing Poise this time.
So sayeth Susan Gets Native at 7:09 PM 6 comments: Links to this post

Email ThisBlogThis!Share to TwitterShare to FacebookShare to Pinterest
Labels: New River, The Flock

I'm not one for maudlin and weary posts about what I did or did not accomplish in the previous year.  I usually just list what I did and move on to the next circuit around the sun.
As I celebrated my 38th birthday at the beginning of the year, I found myself frankly shaken by the number.  Thirty eight? WTF?  When did this happen?  I feel like a 20 year old.  This is wrong.  Someone made a mistake.
But  there it is.  If you're born in 1973, it stands to reason that in 2011, you would be seeing forty not too far down the road.  My fellow Flock members and anyone else reading this blog are free to roll your eyes, and call me a baby and tell me to put on my big girl panties. 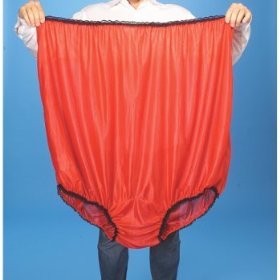 But.
You were here once, weren't you?  Approaching forty and wondering how it could have happened?  Feeling a bit like time was running out to do something crazy, maybe?
That's how I feel.  Now, I certainly don't want to "revisit my high school days" or even think about them very much.  I think I would rather have too few hormones, like now, instead of having too many like back then.  Remember what that was like??

My thirties have been really good.  I got two great kids out of it.  I discovered birding and RAPTOR.  I have made the closest friends I have had since high school.  Closer, even.  (We know how fickle teenagers are)
So no whining there.
Even though forty is lurking over the next rise in the road, am I sad?  Bitter?
As I reflect, my gut instinct is to say NO.  For the reasons I stated above, and for so much more.

So I'm 38.  Big deal.  It's how you feel, right?  And since I border on grossly immature, I'm ahead of the curve.  I'm already cantankerous, so I don't have to learn as I go.
Yeah, my knees aren't as quiet as they once were.  My ability to stay up all night, while not completely gone, is a bit diminished.  I fell asleep sitting up the other day, a la Grandma.  My boobs don't look anyone in the eye anymore.
I find myself saying things like, "Just because your best friend has a phone doesn't mean YOU get one" and "Because I'm your mother!" and "Geoff, pass me the Geritol".

(Geoff, to give the man some street cred, still calls me his trophy wife.  He's a big fat liar, but it's the thought that counts.) 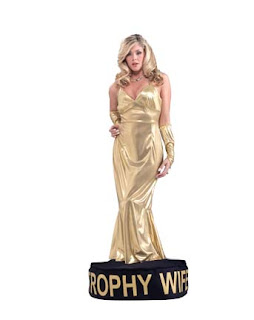 I'm not letting all this stop me, though.  In fact, I'm better than I've ever been.  I'm still fun enough to be enjoyable, but I have all this responsibleness that will keep me out of jail, most of the time.  I still make friends easily, but the friends I am choosing now are stellar, steadfast and true.
So this was less of a bitch-fest and more of a thinking out loud post.  Thanks for reading through it.

Next post:  Preparing for this year's New River Bird and Nature Festival, which fits neatly behind this post, because the Flock makes me feel young and free and giggly and sloshy.  Paco!  More vino, por favor!!
So sayeth Susan Gets Native at 11:03 PM 9 comments: Links to this post