As the third rock from our Sun hurtles through space, tilting once again on its axis to soak up the rapidly approaching warmth, my mind spins too.
The latest trip around the Sun, full of so many pages like a book.

And dispersed through my book, like chapter plates, the birds I love and respect, who also await the warmth from under a dusting of snow: 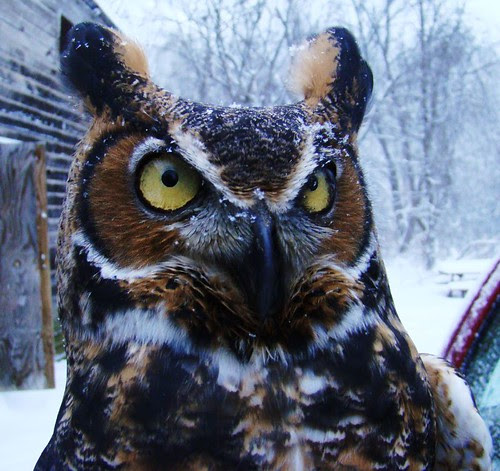 The last of the food supply with a skin of ice 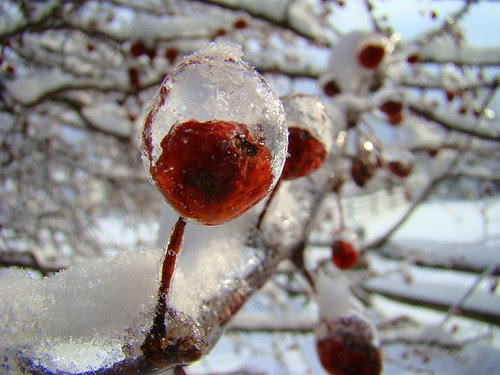 gives way to moss and the antennae it throws out: 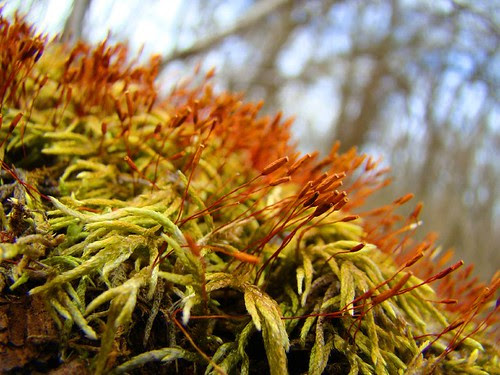 A rare blue in a flower unfurls and reaches out with fairy toes dipped in colored sugars: 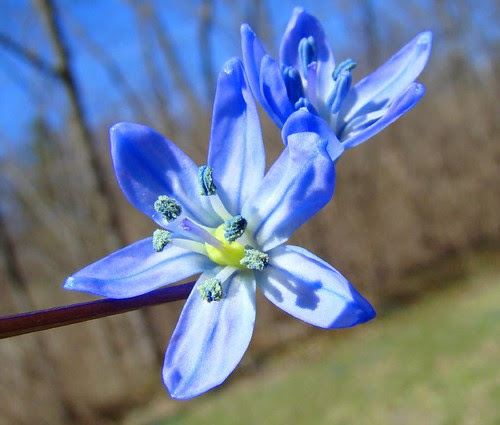 A new generation will be born in a cup of softness from fur that I lovingly collected for months: 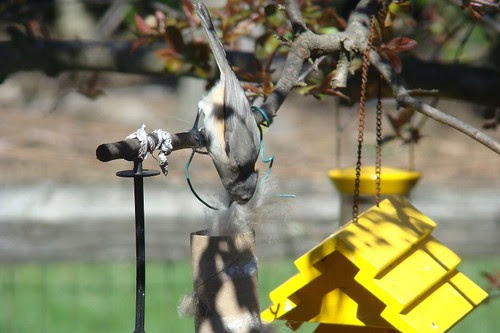 When the dogwood throws itself open in a thousand tiny glories, 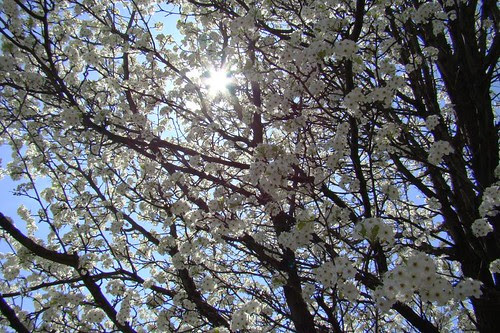 fierceness gets a new face: 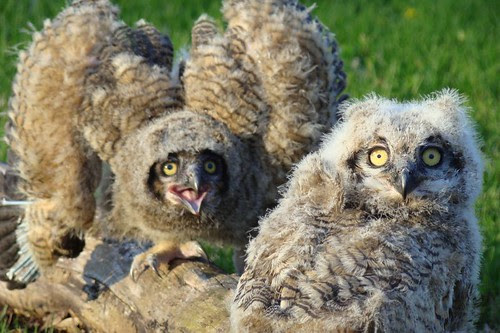 When it comes, the ice will fracture and our hearts and minds can expand once again, to ride the next trip around the Sun.

When it comes, I can sing again. 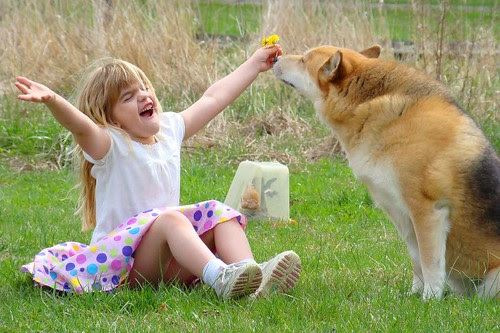 A male cardinal visited my car today, while I was in it...
I thought he was just showing territory aggression, but after observing him for a while, I wonder if he was just in love with my car. 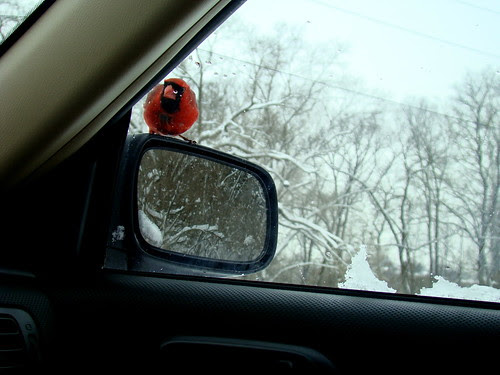 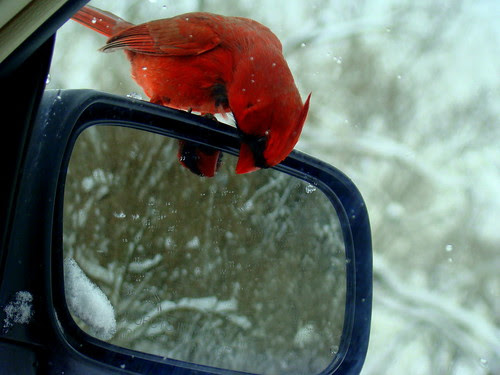 He spent a lot of time at the corner of the windshield, and made motions like he was drinking.
Looking for liquid water? 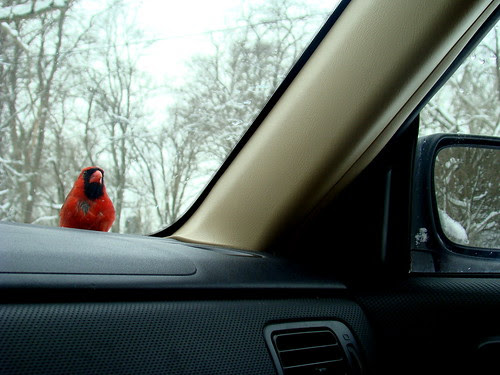 Interestingly, he occasionally tapped on the glass, then preened that bald spot on his chest.
He did this multiple times.
OCD? 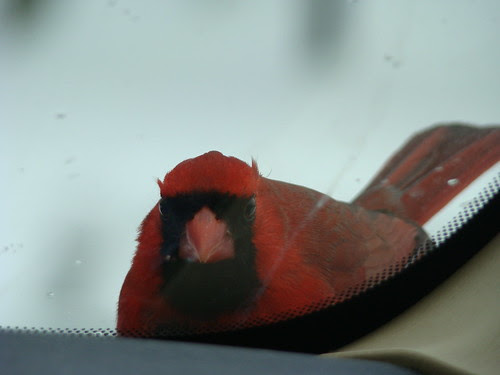 Good rule of thumb: Don't do anything stupid* around me.

*Especially when you are in a work truck, making it extremely easy for me to tell on you. Because I WILL.


Hello everyone! I'm back, and with a story to share.
I saw a flock of ring-billed gulls in the Kmart parking lot, so I thought I would grab some lunch and go over and sit with the gulls while I ate.
While I was sharing my french fries with the flock, two different people came by and dumped huge amounts of bread and whatnot for the gulls. (Now I know why they congregate there) This was done in a furtive fashion, as if they didn't want anyone to know that they were doing it.

One of the gulls caught my eye as being different than the others. One foot dangled uselessly from his leg. 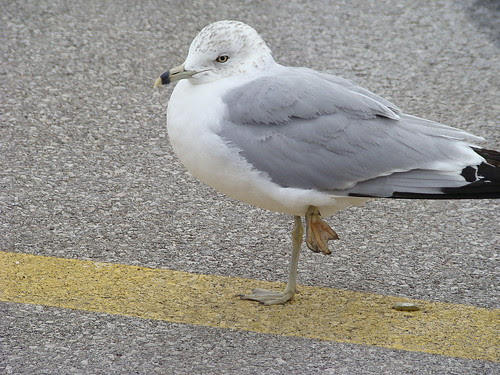 The general floppiness and the color of it told me that this was probably a dead foot and this poor dude wouldn't make it. I actually, briefly wondered if I could catch him and take him to a rehabber. 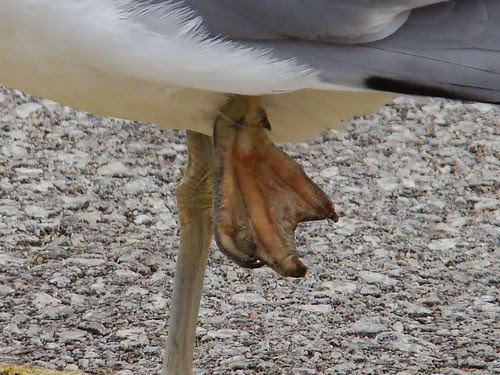 I came to my senses. This was a flighted bird, and I had no net.

This particular bird made me laugh out loud. 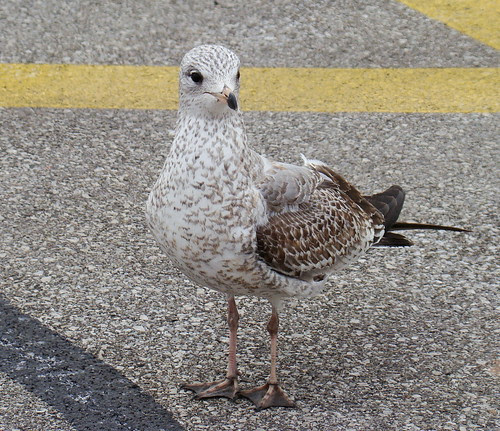 He was ruling the parking lot with his head-throwing and bullying. I was enjoying all of the vocalizations...the typical 'gull' cries, weird gruff moaning, some very eerie chuckling...And check the camo...gulls are well suited for parking lots, at least in their first few years, aren't they?

I set the camera to "Video" to capture all the cool sounds.
(Some people hate gulls....like I hate house sparrows. To each his own. Personally, I love gulls)


As the camera ran, a truck came barreling into the shot, scattering the gulls. I followed with my eyes instead of the camera...a township truck had intentionally tried to hit the flock of gulls.
I just sat there with my mouth hanging open.
I snapped out of it and used my binoculars to read the number on the truck and to get a physical description of the driver (he had parked and gone into Kmart).
So here I was, with not only his truck number and what he looked like, I HAD VIDEO EVIDENCE of what he did.
Hmmm...what's a girl to do?
I emailed his boss at the township headquarters.
It felt good. Oh yes it did.


But let's take the birds out of the equation. He is still driving diagonally across an active parking lot at about 40 mph.
I am awaiting a response. And I will be certain to share that response with you.
So sayeth Susan Gets Native at 9:07 PM 12 comments: